Aah, V… I fondly look back at the 1983’s V TV Series about Aliens who came to earth for some resources – mainly US, as food and all our water! Jane Badler’s Diana was so marvelously cruel, I had to make a Diana Cosplay!

“She is ruthless and cruel to get what she wants.”

The reveal of the Lizard people was one of the biggest shocks, even the mouse eating scene still gets to my mom! So to continue my work to be a powerful and strong character, I picked Diana, Commander of The Visitors.

Jane Badler plays the role of a beautiful, sadistic, power-hungry and brilliant commander. She is ruthless and cruel to get what she wants. She is the Commander of the Mothership, which hovers over Los Angeles and is constantly fighting the Resistance. Though the Visitor’s never succeed, Diana was always there to fight and she never stopped for her ultimate goal of power. I’ve always wanted to cosplay a bad guy and she is the most beautiful and cruelest villains ever.

I have never felt so 80’s in my life!!! I could of teased the wig more but it was a fun cosplay. She definitely a popular character with the older generations!!!  Though I wanted to be a bad guy, I’m not really a mean person, so I wasn’t as bad as I should of been.

Magic and mysteries, robots and monsters, wizards, knights and dragons - they all live here... :) Cosplayer, Lolita and Videographer 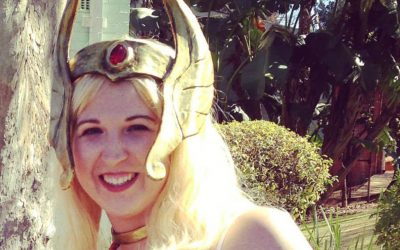 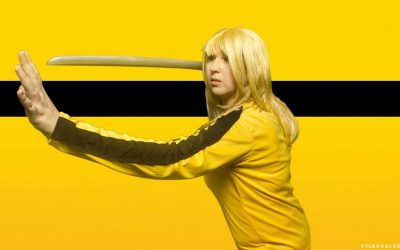 “I am Gonna Kill Bill” – The Bride Cosplay 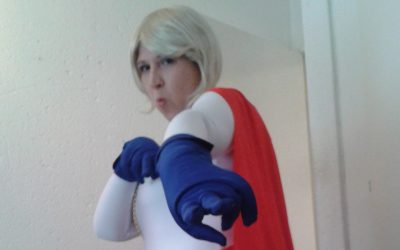